CEO of LuxQuanta
Vanesa Diaz (center right) standing with the representatives of the PERTEChip project, including the Vicepresident of the Spanish government, Nadia Calviño (at Vanesa's right side). Being part of the first meeting of the sector to discuss the development of such an impactful plan for Spain's economy represents a unique opportunity for LuxQuanta to contribute to crafting the future of the microelectronics and semiconductors industry.
THE EVENT

Last Friday, 25th of November 2022, LuxQuanta represented by our CEO Vanesa Díaz, attended the first meeting of the Strategic Projects for the Economic Recuperation and Transformation (PERTE) of Semiconductors and Microelectronics, presided over by the Vicepresident of the Spanish Government, Nadia Calviño.

The event took place in the Ministry of Economic Affairs and Digital Transformation headquarters to discuss the new PERTE with the representatives of the industry, including LuxQuanta. Alongside Nadia Calviño, there were also the Special Commissioners of the project: Jaime Martorell and Guillermo Gómez.

This PERTE, known as PERTEChip, aims to position Spain as a leader in the design and production of microelectronics within the European Union, with unprecedented total funding of more than 12 billion euros until 2027.

The Strategic Projects for the Economic Recuperation and Transformation, or PERTEs, are strategic projects from the Spanish government where public administrations, private companies, and research institutions work together. Their goal is to impulse ambitious initiatives in areas for the economic future while contributing to the transformation and growth of Spain’s Economy.
Within that context, the Semiconductors and Microelectronics PERTE (PERTEChip) has as its objective the reinforcement of the design and production potential of the Spanish Microelectronic and Semiconductor industry. The aimed change is from an integrative perspective, favoring not only the national but also the European autonomic strategy. The strategy will move in line with the European Chips Laws recently proposed by the European Commission.
PRTEChip originates as a response to the global shortage of microelectronics caused by the 2020 Global Pandemic. The bottleneck that Covid-19 caused in the supply chain raised European awareness of the urgent need to accelerate Europe’s autonomy in microchip fabrication. As the commissioner and promoter of the project, Jaime Martorell once said in an interview with El País:
"Chip production migrated almost entirely to Asia years ago, defining a geopolitical situation that must change shortly. It has to be more equilibrated, as we have realized that the dependency on Asia is a risk to Europe’s microchip supply and its related economy."
Special commissioners Jaime Martorell and Guillermo Gómez have spent several months studying the current Spanish industry of microelectronics. They have been visiting and assessing the potential and capabilities of Spanish public and private entities, including research institutions working on the development of new promising technologies.
THE PERTEChip PROJECT 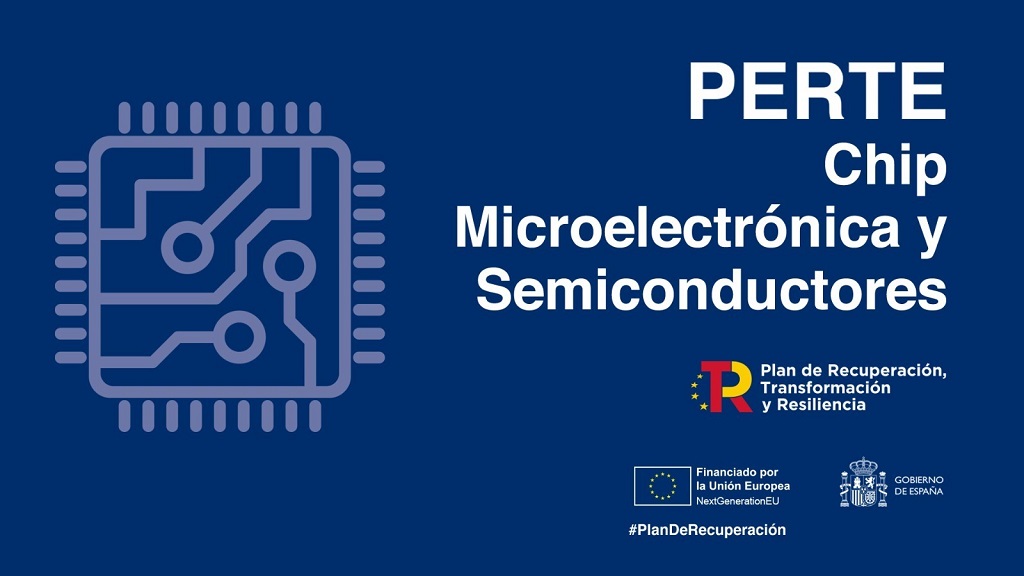 PERTEChip will fund more than 12 billion euros towards actions in 4 strategic pillars, integrating all of the microchip value chains. It is its aim to impulse the capacitation, design, and production of the semiconductors and microelectronics industry in Spain by:

LUXQUANTA AND THE SPANISH POTENTIAL

Spain is considered a world reference in integrated photonics and quantum chips R&D, mainly through the work and collaboration of the Universidad Politécnica de Valencia (UPV), Vigo and Madrid, the Spanish National Research Council (CSIC), and the Quantum Spain project. In addition, the research institute where LuxQuanta was founded and incubated, the Institute of Photonic Sciences (ICFO), also plays a critical role by researching and collaborating in the mentioned areas.

Within the PERTEchip plan, LuxQuanta position itself as a player in the industry, contributing to the growth and development of the ambitious PERTEChip Plan. The exact way that the company will contribute to it is still to be defined, but we are already honored and excited to be part of such an impactful project, working together to shape a better future in the semiconductors and microelectronics Europe landscape.
Vanesa Díaz is now discussing further details with the Special Commissioner, also crafting the bright future of LuxQuanta’s quantum journey.