LuxQuanta Field Demonstration with the Government of Catalunya 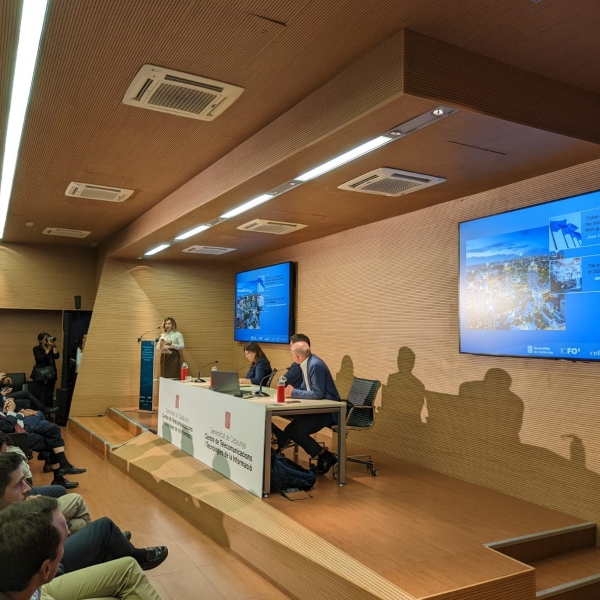 BUSINESS DEVELOPMENT DIRECTOR at LUXQUANTA
"It is an honour being able to represent LuxQuanta at this event. Today, our Quantum Key Distribution (QKD) system has securely connected the Government of Catalunya with ICFO using a point-to-point optical fibre link from Cellnex.
Showcasing what our technology is capable of in such a relevant scenario is an important milestone. It also marks the beginning of an even stronger collaboration with the Government of Catalunya that so much believes in our technology and LuxQuanta's potential to become a reference in the Quantum Communication industry".

Today, LuxQuanta's QKD systems successfully established a quantum communication link through a 30km point-to-point optical fibre link between the headquarters of the ICFO (Castelldefels) and the Government of Catalunya at CTTI's head offices (Hospitalet de Llobregat).

The Vice President of the Government of Catalunya and Minister of Digital Policies and Territory, Jordi Puigneró, accompanied by the Minister of Research and Universities, Gemma Geis, presided over the event, alongside the general director of Innovation and Digital Economy, Daniel Marco; the director of ICFO, Lluís Torner; and our director of Business Development at LuxQuanta, Vanesa Diaz who wrapped up the event with her presentation about our company.

This successful link is the first step towards deploying the quantum ring in Barcelona and a further step towards developing the future pan-European quantum communications infrastructure, the so-called EuroQCI.

The following video explaining the project and its impact was released at the event.

The Vice President of the Government and Minister for Digital Policies and Territory, Jordi Puigneró, accompanied by the Minister for Research and Universities, Gemma Geis, officiated the presentation of the results of the 'Quantum Cryptography in Critical Communications' project, an initiative born in the framework of the Research and Innovation Program in Advanced Digital Technologies (TDA) whose objective was to develop and validate a system of quantum keys for the encryption and ultra-secure transmission of critical information.

The project launched two years ago under this framework joined forces with ICFO and was coordinated by ICREA Prof at ICFO, Dr Valerio Pruneri. The challenge was to have a secure communication system between points using quantum cryptography but without changing the current corporate network, and instead simply having these systems as an additional layer to traditional telecommunications lines. The result would be the democratization of quantum technologies with low-cost solutions that could be easily integrated into the current technological ecosystem.

As a result of this joint project, ICFO founded LuxQuanta as its 10th spin-off and was born with the mission of facilitating ultra-secure communications through the use of Quantum Key Distribution (QKD) technologies. This makes LuxQuanta a successful example of the 'mission driven' research and innovation model promoted by the Government -where the Administration poses its challenges-and of 'dual-use', where the results of the research are used by the public sector and transferred to the private sector for the generation of economic growth, the creation of jobs and the achievement of technological sovereignty and global leadership.

Today's demonstration is just an example of the enormous potential that this technology can offer to protect all types of data in the future, expanding its benefits to other areas of great importance for society beyond the traditional telecommunications sector, such as critical infrastructures, the public AdPublicration, or the health sector, among others.

To test and validate the equipment, LuxQuanta conducted several communications between ICFO and CTTI (Government of Catalunya), using a video conference as a test bed. The quantum keys were generated using the 30 km distance point-to-point optical link between headquarters, so each message was later encrypted with the quantum-safe keys. Through a control screen, it was possible to monitor the performance of the communication and the quantum channel and see how the system alerted users of the presence of a hacker who could be trying to steal the quantum keys.

LuxQuanta wants to thank the Government of Catalunya for its continuous support, Cellnex for its generosity in sharing its optical fibre network for the field trial, and of course, we want to thank our beloved ICFO for believing in us and for all the hard work that its team always puts on everything they do. 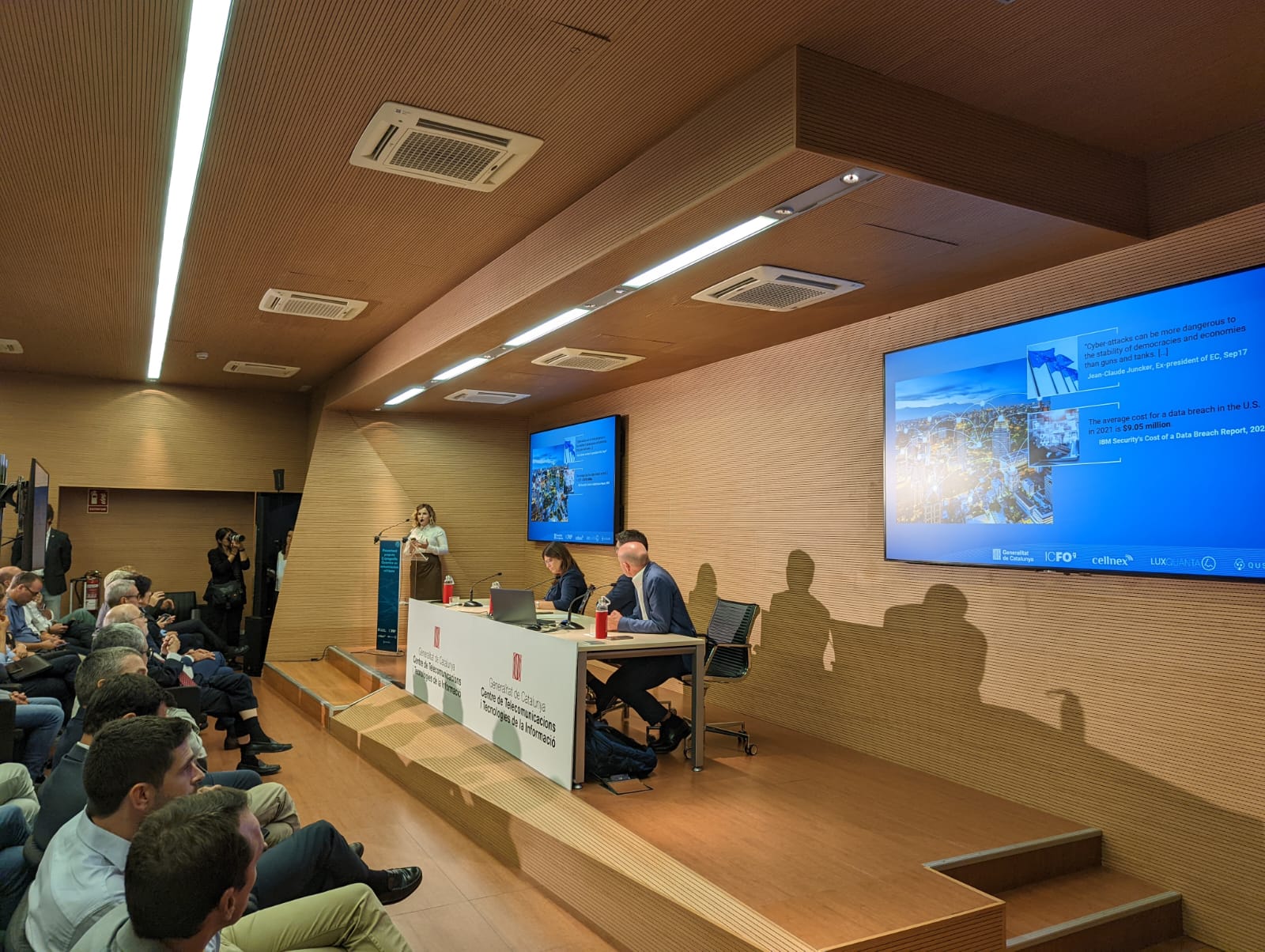 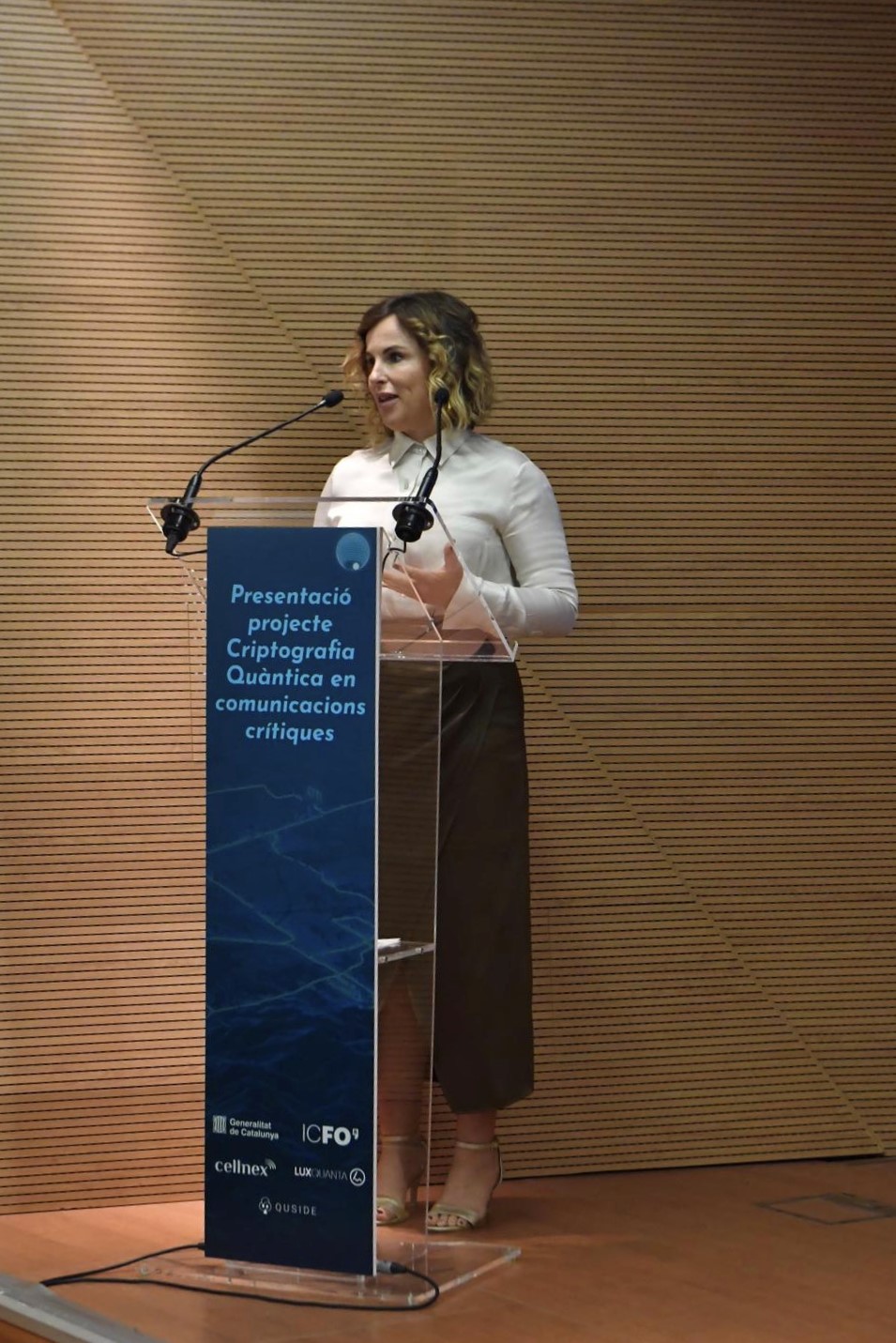